A member of the algae family, seaweed (not actually a weed, but a type of sea-vegetable) is classified into three groups: red, green, and brown. The most commonly consumed varieties are nori, hijiki, kombu, wakame, and dulse, though there are hundreds more growing in our oceans.
Fortunately for us, the cold, clean waters off Vancouver Island are an ideal habitat for producing some of the world’s best seaweed. According to Agriculture and Agri-Food Canada, the coast of British Columbia is home to an estimated 530-macroalgae species, approximately 650,000 tonnes of wild kelp. This versatile and sustainable superfood is one of the most nutritionally dense foods available. Loaded with minerals, vitamins, and iron, its uses go way beyond sushi.
Seaweed’s many benefits in soap making:

Seaweed soap cleans the body as traditional soaps do, plus it exfoliates the skin. Gritty bits of seaweed within the soap remove dead cells on the skin. This reveals the newer skin beneath, helps unclog pores and reduces acne breakouts. The exfoliation encourages blood circulation around the skin, resulting in a rejuvenated appearance. Even though it exfoliates, seaweed soap does not result in dry skin. In general, seaweed soap is all natural, containing none of the man-made chemicals in other soaps that can cause allergic reactions in some users.

Seaweed contains several beneficial minerals and vitamins that may nourish the skin during the exfoliation process, leaving the skin healthy looking and toned. These include vitamins A1, B2, B6, B12, and minerals like potassium, calcium, iron and zinc.

seaweeds benefit is connected with anti-aging effect, related to our skin. For example, polysaccharides in the red seaweed help with skin hydration. Potassium, iron, and magnesium support cells’ renewal and make skin soft and smooth. Brown seaweed stimulates collagen and elastin. The latter helps skin to return to its original position when it is poked or pinched. Other seaweeds generate hyaluronic acid, which is another condition for the elastic skin!

Last, but not least – a Scottish team of scientists proved that seaweeds made soaps could protect skin against bacteria, spots and wrinkles. They can remove dead cells and help to unblock the pores.Thus they act as a natural face exfoliant. They help against cellulite, purifying the lymphatic system and eliminating uric acid. The overall result? Treating acne! 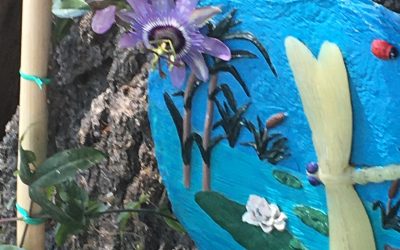 Of Summer and Essential Oils

Here in BC, we have been enjoying a heat wave. Most people are not having any fun, but us? We love it!! My soaping...

Of spring and new beginnings.

Because of the times we are now living, I have been contemplating a few things. Friends are following the site and I...

History of Soap and It’s Origin

Although no one really knows when soap was discovered, there are various legends surrounding its beginning. According...